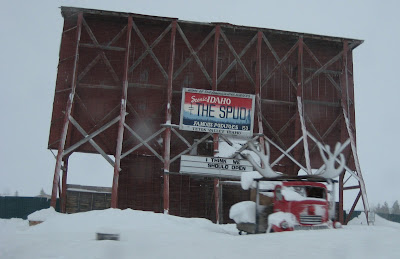 At least someone has a sense of humor about this snow.
The sign on the drive-in says "I think we should open"


Well, I am running. No pictures from my run because it looks like this: me in the dark garage staring at the television. I can see my breath while I'm running. Very, very boring. I'm not running on the road because we've had high winds for the last week (see the video in previous post).

Remember to vote for Linda Ambard so she can win plane tickets for a marathon. See the orange box to the right for link and details. Thanks everyone!

Because the snow and wind has been incredible, I am posting pictures of snow, it's all I've got. 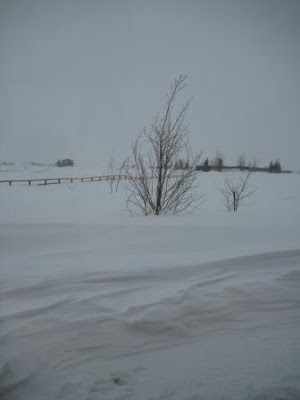 Trees being engulfed in snow drifts 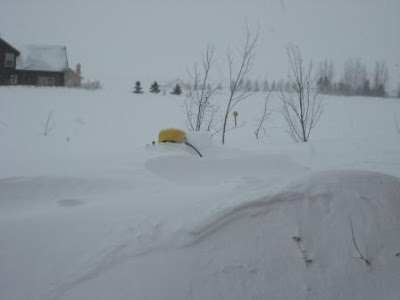 The 500 gallon propane tank being engulfed by snow yesterday, it's nearly 5 feet high. 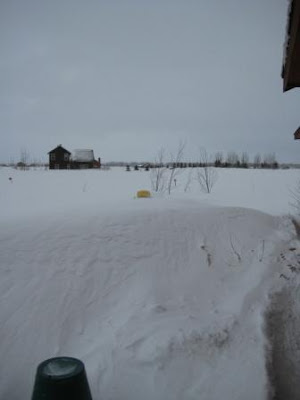 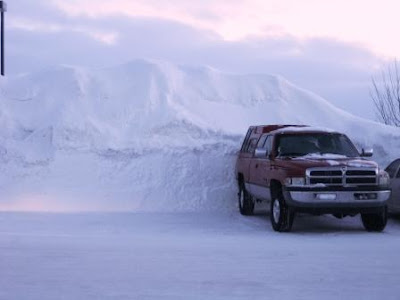 Snow drift in the grocery store parking lot. This is the small pile of plowed snow. The big one is about 30 feet high!

The 20 second video of Dave plowing is from the other day when we had a really big, hard drift in the driveway. THANKS DAVE AND ALLISON!!!
Posted by Unknown at 12:40 PM No comments:

Posted by Unknown at 8:48 PM No comments:

Sorry I didn't do an Addison's post last week.

This week's post is just a listing of famous Addisonians and links to more in depth stories about them.

I hope that it's inspirational to you that there are Addisonian's who have accomplished so much despite managing their disease. If a person with Addison's Disease can be president of the United States, WE CAN DO ANYTHING!!


For a great link to a story about JFK and Adrenal Disease.
Posted by Unknown at 12:08 PM 3 comments:

THANKS DAVE!
It might seem I'm obsessed with snow removal, I am. We've got a winter storm warning in effect for tonight through tomorrow morning. More snow, more shoveling. Notice, I'm nowhere to be seen in the above pictures, I was taking a break and letting Allison, Dave and Paul take over. I'll have more energy for tomorrow's shoveling!
Posted by Unknown at 7:08 PM 1 comment:

Linda Ambard has Addison's disease and runs lots and lots of marathons. Her goal is to run 55 by the time she's 55! She can win free plane tickets to her next marathon if enough people vote for her. Please click on the link below, click on "Linda Ambard" and then "Vote".

Here's her message to me:

I am in the running for a Jet Blue contest. It is based on number of votes, and if I win, I will win free airline tickets for two to Florida for a marathon in two weeks. If you have time, will you go on and vote for me? I would really appreciate it!
Linda Ambard
http://www.a1amarathon.com/poll/index.php
Posted by Unknown at 10:24 AM 2 comments: 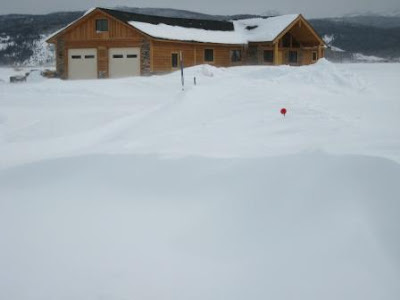 Snow and drifts from this morning 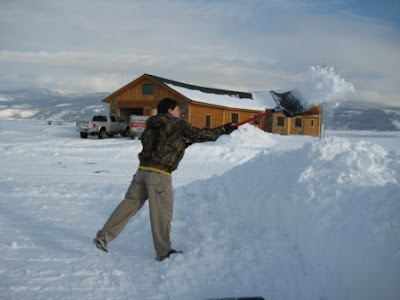 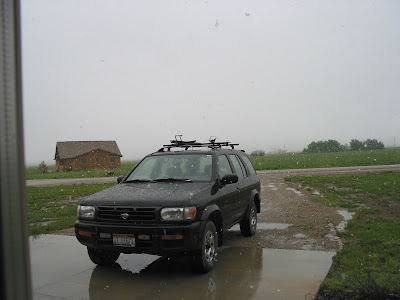 This is what the driveway looks like when there's no snow. It's an old picture because the house across the street is not built yet and we had the old car.


I know you're all tired of hearing me whining about the snow. There's more to come!

I've been at 22.5 mg HC and .025 Florinef and I'm not sure it's enough right now. I've been shoveling, on average, an hour a day and running 5 days a week. I don't seem to be recovering well, I'm tired every day and I'm still sore from shoveling 2 days ago (which is unusual for me). I've increased to 25 mg HC and .05 Florinef supplementing with more HC on days when I run more than 2 hours.

Today I was supposed to run for 3-4 hours and I'm just not able to do it. I ran/walked about 3 hours yesterday on the treadmill. Today I couldn't bring myself to run on the treadmill for so long! I will have to take extra meds today and try to run tomorrow.

The running is not going too well. It's hard to push myself to get outside since the weather has been so bad. Because we've had so much snow, the snow banks are high, shoulders are nonexistent and people with cell phones and/or bad attitudes come frighteningly close to me. When I have been brave enough to get outside, it's been like running alternately on sand and then ice. It's a little demoralizing to not be able to get outside and for it to be such a struggle when I do. Luckily, we have a treadmill and I've been running on it. Our garage rarely gets over 30 degrees. Lots of whining, I told you.
Posted by Unknown at 5:01 PM 1 comment: