On a happier note...

Pictures at the bottom.  Skip the reading if you want.

I'm feeling much better than I have for over 2 weeks.  It's a relief to not feel iritable, hungry, in pain and lethargic.  Timing's right because I am co-chair of Teton Valley Hospital Foundation's Festival of Trees (pictures to follow in another post).  It's Saturday at 7 pm in MD Nursery.  We're auctioning off trees and wreaths to fund emergent patient care needs for Teton Valley Health Care.  It's going to be beautiful and a fantastic dress up event.  Come if you're in town!  There's a raffle for a $1,200 FunJet gift certificate!  $5.00 per ticket OR 5 tickets for $20.00  Call 208-354-6301 or email aloyola@tvhcare.org if you're interested in purchasing tickets!

Now that I'm feeling better I'm much more certain that I'll try to do the Rocky Raccoon 100.  I'm injury free and have two months to get where I need to be mentally and physically to be there.  The plane tickets are already purchased and the room is reserved in Huntsville, Texas.  Lora is going to join me and she'll be completing her first 50!  The weather is great here.  Very little snow!  It makes training on the trails much easier when the trails are not covered with much snow. 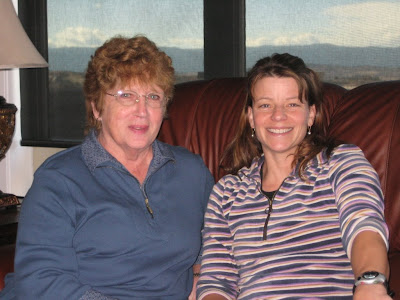 During our trip to Colorado Springs, we FINALLY got to meet Wanda.  She's been my friend and mentor for more than 7 years but I've never seen her face to face.  We had a great time at her son and daughter-in-law's beautiful home.  I did meet with Linda A, another Addisonian, but we didn't take any pictures!  We had fun water running and talking at her YMCA.  It's always nice to chat with other Addisonians face to face! 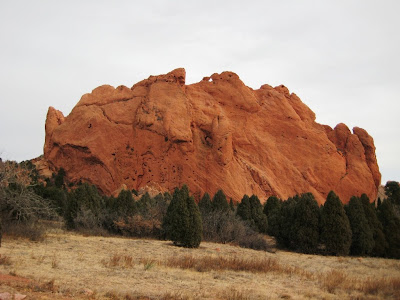 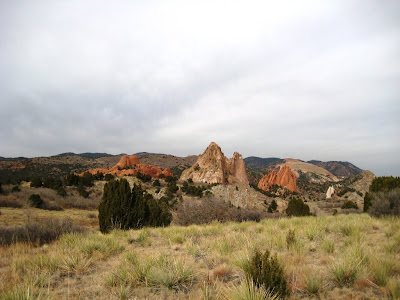 Another view of Garden of the Gods 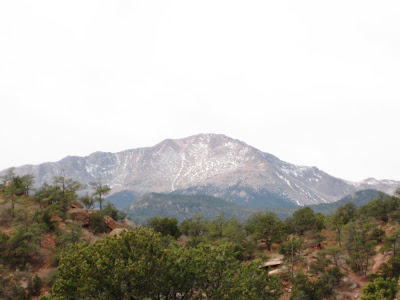 Pike's Peak from Garden of the Gods 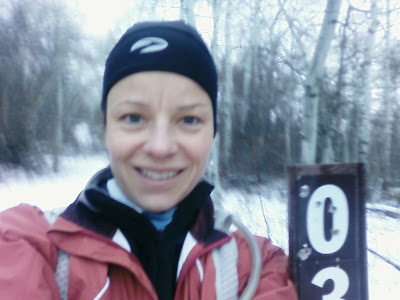 I forgot my camera so I had to take a picture of myself with the phone.  This is where I've taken pictures of me and whomever I'm with every time I go to Aspen Trail during 2008.  This was the first intentional night run that I've ever done.  It was fantastic and peaceful.  I did it with a smile on my face the whole time.  OK, when I turned my music off for a moment, I frowned and got scared and put the music back on because I was afraid of all the noises in the bushes.

Warning:  Thanksgiving family pictures.  Look at your own risk. 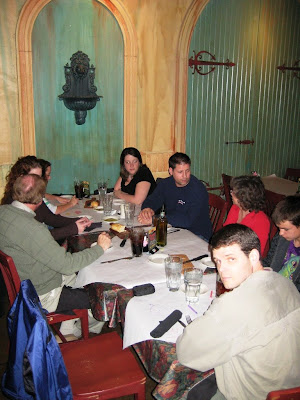 Out to dinner with the fam. 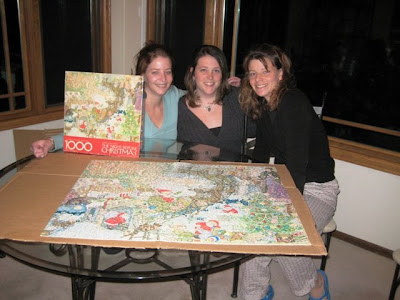 The annual Christmas puzzle.  My sister Nicci on the left, soon to be sister-in-law Amber in the center and me on the right. 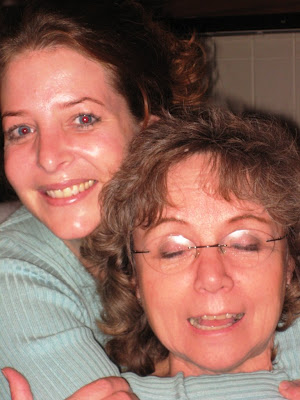 Someone stole my camera, I'm not responsible for taking these.  Sister Nicci and mom Carol. 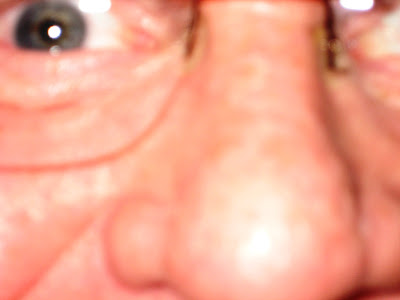 Aside from seeing family and friends that we've haven't seen in years or, in some cases ever, it was a rotten couple of weeks.

A word of advice:  don't try new meds before traveling to visit family.  You'll get a bad reputation and, of course, you'll get labled as "depressed".

In an effort to avoid migraines, I tried some hormones that my doctor prescribed.  Well, it turns out that he told me how to take them improperly, they made me feel like crap AND they exacerbated my migraines.  Most people who have struggled with migraines can tell you that they wear on you mentally, physically and emotionally due to the upset they cause in neurotransmitters.  I also hurt my back which didn't help anything.  I had 4 migraines in 5 days.  By the 4th one, I was a disaster and sobbing hysterically. Paul stuffed me in the car and took me to the ER for some shots to break the cycle of the migraines.  Thank goodness these shots worked.

I do have good, positive things to say.  I will do this later and add lots of pictures.  I'm feeling much better since the migraines have stopped and the hormones have been stopped.
Posted by Unknown at 11:33 AM No comments: