Race is starting in one hour. Im nervous! Practiced crossing the finish line this am so im warmed up and

Email ThisBlogThis!Share to TwitterShare to FacebookShare to Pinterest
Off to the 9 am prerace meeting. VERY nervous! Slept well. Slow and steady is my mantra. I won't be po 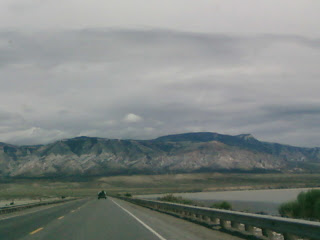 My first view of the Big Horn mountains brought tears to my eyes. They are imposing
Posted by Unknown at 7:12 PM 3 comments:

Thursday morning Paul and I will be driving 7+ hours to Sheridan, Wyoming for the Big Horn Wild and Scenic Trail Run. I was signed up for the 50 miler but after my Pocatello race, I felt like this might be a good opportunity to try for 100 miles...again! This time I will finish. I learned a lot when I tried to do Rocky Raccoon 100 in February.

I'm doing this race with all the undiagnosed people in mind. There are a lot of people who are out there suffering from incompetent medical "help" and those who can't afford to get tested properly. Nancy C, you will be one person I am thinking about most! I want you to get well and get your life back!! If you're undiagnosed, I will be thinking about YOU during my race. All the nausea and pain will be a good reminder to me of what it felt like to be sick, helpless and unwell. If you're undiagnosed, I hope that you will think of me and know that with research and being an advocate for yourself, you can be well and you can do ANYTHING!!

I'm not good, I'm not fast, I'm not really even racing. All I want to do is finish and accomplish a goal of finishing 100 miles on foot. The cut off is 34 hours. I will try my hardest and do my best to complete it within the time limit. My husband will be my crew and he will run with me through the night (THANKS PAUL!). He will also be driving home because I don't know if I'd be able to share in driving 400 miles after running for 30+ hours straight.

I've heard the course is stunning and I'm hoping to take lots of pictures. If I have cell reception, I can text and take pictures that I can send to this blog. I don't know if I will, I don't know if anyone wants a blow by blow but I might try. The race starts on Friday, June 19th at 11:00 am in Dayton, Wyoming. I hope to finish before the cutoff (9:00 pm on Saturday), wearing a Wonder Woman costume in Scott Park in Dayton, Wyoming! 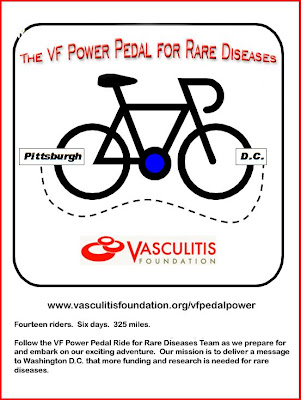 Steroids on an empty stomach...ulcers??

There's been a question of whether steroids on an empty stomach can cause ulcers. Great question Debbie! Here's what I've found. Emphasis is mine.

March 2004 Todd May, MD
DO CORTICOSTEROIDS CAUSE PEPTIC ULCERS?

Conn & Blitzer 1976
Meta-analysis of 26 prospective, double blind, placebo-controlled studies from 1950-75.
Results: No significant difference in ulcers overall steroid v. placebo (1.4% v. 1.0%)
However, there was association between steroids and ulcer when dosage exceeded 1000mg equivalent of Prednisone, duration of steroids >30d, or history of PUD
See Editorial: “Steroids and peptic ulcer: a myth demolished?”

Messer et al. 1983
Meta-analysis of 71 trials, including ½ not blinded, many not controlled, some not randomized, and counted vague terms like “severe dyspepsia” and “gastritis” as equivalent to peptic ulcer (see critique by Conn & Poynard)
Results: RR 2.3 for “ulcer” and RR 1.5 for bleeding with steroids
“This study strongly suggests that corticosteroids do increase the risk of peptic ulcers and GI hemorrhage.”
See Editorial: “Is the steroid ulcer a myth?”

Conn & Poynard 1984
A pointed critique detailing the flaws in the Messer meta-analysis
Estimates true NNH at ~1000
“From the clinical point of view, this controversy appears to be much ado about nothing.”

Conn & Poynard 1994
A new and improved meta-analysis, addressing the flaws noted in the Messer analysis
Results: Incidence of ulcer: 0.3% placebo v. 0.4% steroid (not statistically significant)
There was a statistically significant increase in dermatologic effects, diabetes, hypertension, and psychosis, supporting the soundness of this analysis
See Editorial: “Steroids and peptic ulcer: an end to the controversy?” An even-handed discussion of the discrepant meta-analyses.
See ACP Journal Club: “Corticosteroids do not cause peptic ulcer”

Hernandez-Diaz & Rodriguez 2001
Nested case-control from UK research database using computerized prescribing data
Cases: admitted to hospital or referred to specialist with diagnosis of UGIB or “clinical diagnosis of bleeding peptic ulcer”
Results: OR 1.8 steroids only; OR 4.0 NSAIDs only; OR 8.9 Steroids + NSAIDs
NSAID/steroid interaction similar to the case-control study of Piper, but this study differs in the finding of an effect from steroid use alone
What are the data regarding prophylaxis against PUD during steroid use?

SUMMARY
When ACTH and corticosteroids were first used in the early 1950s, anecdotal case reports noted an association between these drugs and peptic ulcers. And steroids frequently do cause GI symptoms (i.e., dyspepsia, “gastritis”) that may reinforce this assumption that they cause ulcers. Subsequently, the notion that corticosteroids cause peptic ulcers has been taught to generations of house officers (including many faculty). The emergence of H-2 blockers and PPIs has led to a further presumption that such ulcers can be prevented by their prophylactic use. But, do the data support these beliefs?
In formal studies of the topic, the association between corticosteroid treatment and peptic ulcer has been variously described as a myth, associated with about a two-fold risk, or present only when steroids are used concomitantly with NSAIDs. There is notable variability in the methodological design of the different studies and analyses. And there is variability in defining the outcomes (e.g., diagnosis of ulcer by endoscopy or roentgenogram v. clinical diagnosis, inclusion of vague diagnoses like severe dyspepsia, inconsistent documentation of complications such as bleeding, perforation, etc.)
The strongest data appear to be those generated from the meta-analysis of double blind, placebo-controlled studies. The analysis by Conn & Poyard seems to be the most methodologically sound. In this analysis, no statistically significant difference was found between steroids and placebo and importantly, the absolute difference was extremely small: about 1 excess case of ulcer would be expected for every 1000 patients treated with corticosteroids. To place in perspective, about 200 excess cases of ulcer and 1 death from ulcer would be expected among a similar number of chronic NSAID users (Cochrane database). The use of steroids concurrently with NSAIDs does enhance the risk of ulcer and complications, likely via impaired healing of NSAID-induced ulcers.
There are no data regarding the efficacy of the prophylactic use of H-2 blockers or PPIs in preventing ulcers among patients treated with corticosteroids, although they might reduce GI symptoms. Given the extremely low incidence of ulcers with steroid use and the unknown efficacy of prophylaxis, routine prophylaxis is not warranted.

BOTTOM LINE
Corticosteroids frequently cause GI symptoms. Corticosteroids may rarely cause peptic ulcer and they enhance the ulcer-producing effect of NSAIDs. The risk of ulcer in patients receiving steroids is increased for patients concurrently taking NSAIDs, with the use of high dose steroids (>1000mg Prednisone-equivalent), and for patients with a prior history of ulcer. Routine prophylactic therapy is not warranted with short-term corticosteroid use (NNT ~1000, assuming that prophylaxis is 100% effective). Despite lack of data, prophylaxis may be considered for high-risk cases. The combined use of NSAIDs and corticosteroids should be avoided.
Posted by Unknown at 8:42 AM 3 comments: