For the first time in the eleven years since my adrenal insufficiency was treated, I was resentful.  This was during Vol State.  As a matter of fact, it was the day before I quit.  I digress.

Prior to Vol State, I packed up all of my meds, hydrocortisone, cytomel, T4, DHEA, florinef, vitamins, emergency injection kit and sodium supplements.  Every time I pack this shit up, I get a little annoyed.  Without it, I will die.  Yeah that sucks.  It's a "Why me?" thing at this point.  When I get started with the race, I barely notice.  I have the small bag of pills, I take them.  Every night I get the new bag of pills out for the next day.  Rinse, lather, repeat.  Small glitch in this process.  I packed 10 mg pills instead of my usual 20 mg pills.  I packed all of the pills a week or two prior.

For those of you who don't know,  I have adrenal insufficiency.  My adrenal glands don't produce cortisol.  If I don't take hydrocortisone daily, I will die.

In each and every one of my prior races, I've used 20 mg pills.  I forgot that I had packed 10s instead.  I thought they would be more convenient.  I thought it would be easier.  I thought I would remember that I had made this big change to my med routine.  Day 1, I thought I was taking 5 mg of HC an hour.  Day 2, I also thought I was taking 5 mg of HC an hour.  By this time I was exhausted and nauseous as well as slightly delirious.  I was laying in bed trying to sleep, contemplating taking more HC and possibly interfering with my sleep.  I was holding the pill when I realized I was taking 10 mg pills not 20 so only HALF of what i needed sustained exercise.  SON OF A BITCH.  I immediately took more HC and Days 3-5, I took 10 mg of HC per hour to make up for the deficit.

What I quickly learned was the following:
Here's the resentment part...
At about mile 200, I was in pain and tired.  The calf was starting to hurt.  I looked at my pills, called my husband and had him evaluate my situation.  "What if I stretched this race out to 9+ days?  How many miles a day?  How many more days?"  (By this point, my brain was not working even though my stomach was so I had to have him work things out for me)  He told me.  I PANICKED.  I didn't bring enough freaking hydrocortisone.  This is the first time in my entire life that I was unprepared.  On Scott's suggestion, I called my nurse who fabulously called a prescription in to Walmart.  I think this might have been my lowest, most out of control point with AI in the nearly eleven years since diagnosis.  I was so angry with myself.  I'm usually very diligent about having pills stashed everywhere.  During this very important trip, I had made two ridiculous rookie mistakes.  Most people doing this race and just most people in general don't have to worry about, literally, keeping themselves alive.  I was mad.  I was resentful.  I still am a little bit.  Funny, I was not limited by my second mistake but it really irked me to be so stupid and put my health and life at risk because I was too dumb to bring enough HC.

As far as resentment goes, many people with AI get to this point immediately after diagnosis.  It took me a long time.  I guess I am a late bloomer!  My next post will tell what I am doing with this resentment and how I'm going to make it work for me.

I'm going to quit whining now.  I do think it's important for me to share my mistakes and frustrations.  I tend not to complain publicly, giving other people with AI the false impression that I have nothing to complain about.  I complain plenty, just not usually publicly.
Posted by Unknown at 2:50 PM 6 comments: 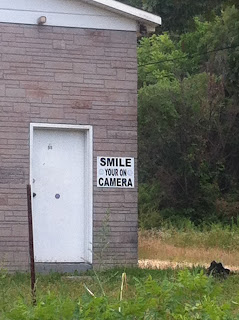 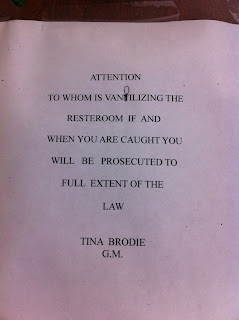 Poor Tina!  She needs to go back to school.  I didn't make the attempted correction. 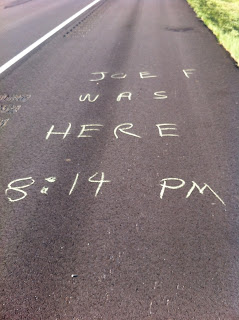 Joe Fejes won the race and set the course record.  Joe's amazing (Google him).  He got to this spot twelve hours before I did.﻿ 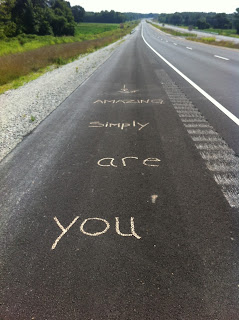 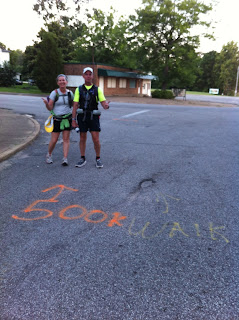 A 5k uses a similar route through Dresden 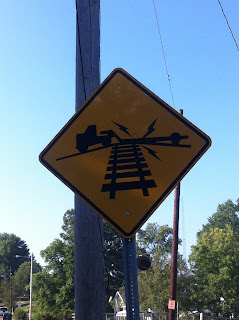 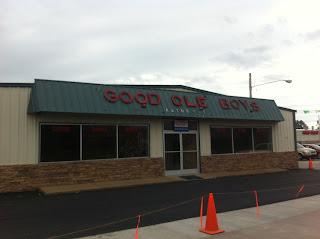 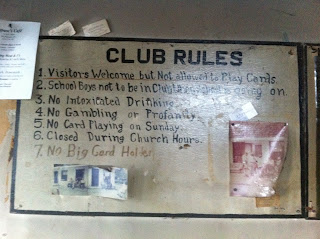 Inside the Men's Club in Hampshire 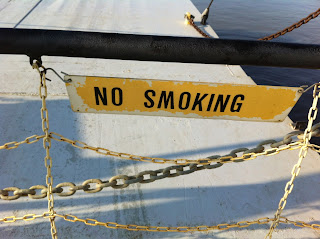 Sign on the ferry.  The irony is that the race starts with the lighting of a cigarette. 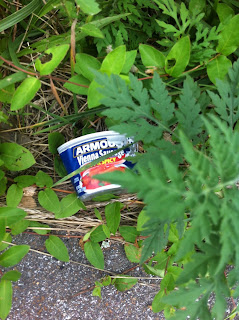 The only can of Vienna Sausages that I saw this year.  Last year, about 8 of them.  I believe I did a Vienna Sausage blog post.
﻿
Posted by Unknown at 12:00 AM 3 comments: