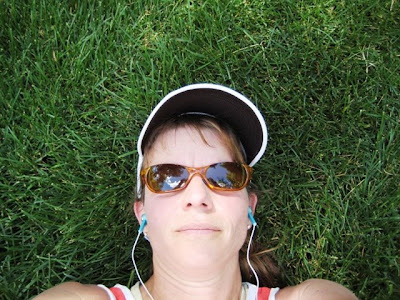 Got a couple of migraines on Day 29 (Wednesday), as usual. Oh well, at least the migraines are on a regular schedule. The Imitrex keeps the nausea and pain at bay but I felt brain damaged and spent the day in bed.

I quit the Prozac last Thursday or Friday and within about 36 hours was back to my normal self. I prefer myself off Prozac and with migraines than on Prozac with the potential of NOT having migraines. I don't like to feel depressed, tired and useless.

I started feeling better and got some running miles in earlier this week. Here are some pictures from the running and other stuff... 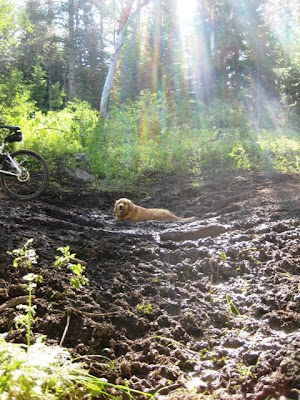 Jo's dog cools off in the mud. PU! 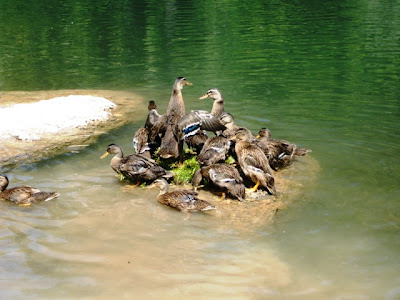 Duckies are growing up 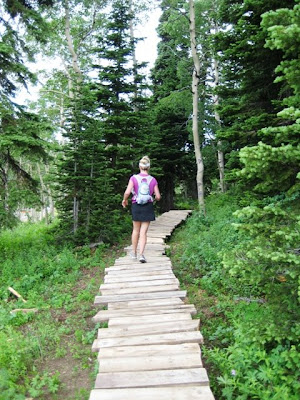 Jen at Targhee. Jen's my new running friend. Our first run together was 20.1 miles! 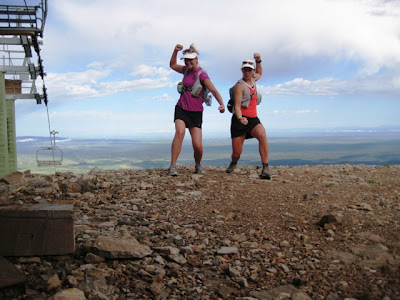 It was Jen's idea to strike this pose at the top of Fred's. Too funny considering the picture below is from 2007! I think we'll have fun together!!! 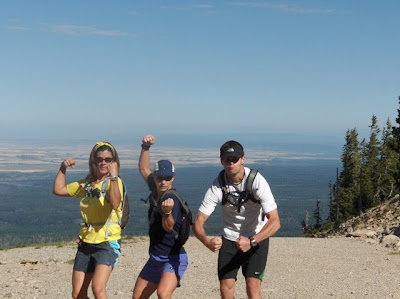 Allison, Dusty, Paul at the top of Fred's Mountain in 2007 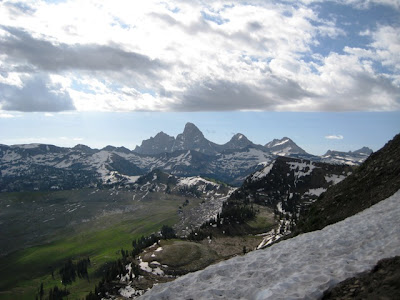 Stunning view of the Tetons off the back side of Fred's 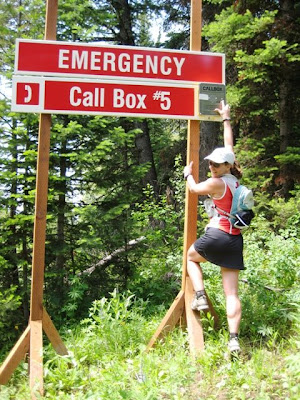 Out in the middle of nowhere is an emergency call box. It's for people who get lost from the ski area 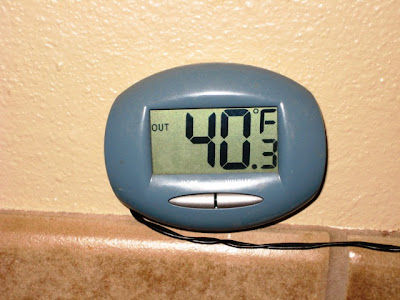 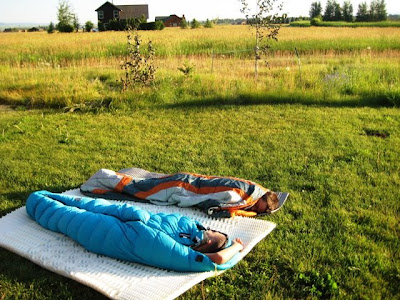 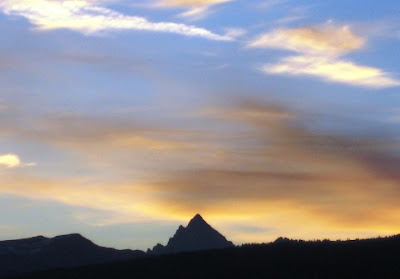 Sunrise over the Grand Teton, this picture has nothing to do with the story below

As a move of desperation to avoid my regularly scheduled migraine, I opted for the first time to try a prophylactic medication for my migraines. My migraines seem to be caused by a serotonin deficiency (there are many, many causes for migraines, yours may be caused by entirely different things) and female hormonal fluctuations.

My GP suggested that I try fluoxetine otherwise known as Prozac for a couple of weeks of my cycle. Prozac keeps serotonin circulating for longer in the brain, theoretically avoiding a serotonin deficiency and the monthly scheduled migraine. After reading about it and the side effects, I decided to bite the bullet and try it. I've had migraines for 30 years and I'm tired of them. Some potential side effects of Prozac seemed appealing to me, energy, weight loss, helps with OCD (I'm not diagnosed with OCD but some say I have some OCD behaviors) and help with PMS. GREAT sounds like a miracle in a pill! I overlooked the other side effects and decided that they would not happen to me - nausea, gastrointestinal problems, fatigue...

10 days into the Prozac experiment I decided a migraine or two a month would be better than the way I was feeling and acting on Prozac! The Prozac brought me back to the days prior to diagnosis where I thought I was going to die from exhaustion and gut problems. The only difference between prediagnosis and Prozac was that my body felt fine, no aches or pains and the nausea wasn't as severe. All I could do was watch TV, wanting to sleep on and off all day and then go to bed early at night. I had no motivation, no short term memory, gut problems galore and I didn't give a crap about anything. I also didn't get a migraine on day 23 of my cycle, wahoo! It was not worth the wasted week feeling like a zombie.

The way I felt on Prozac, depressed that my life was passing me by and exhausted to the point of napping a few times, made me wonder if there were other Addisonian's who:
My experience with antidepressants is limited to these 10 days BUT the effects were blatantly obvious to everyone around me. I was a different, lazy, boring, sleepy person.

This may not be your experience and antidepressants may not have the same effect on you BUT if you feel bad, have Addison's (or not) and are on antidepressants, you may want to consider them as a potential cause for fatigue, depression and/or generally feeling like crap.

I hesitate to post this because of the stigma of antidepressants. I hope that it gives people with Addison's who feel like crap another option to explore on the road to feeling better.
Posted by Unknown at 8:49 AM 10 comments: