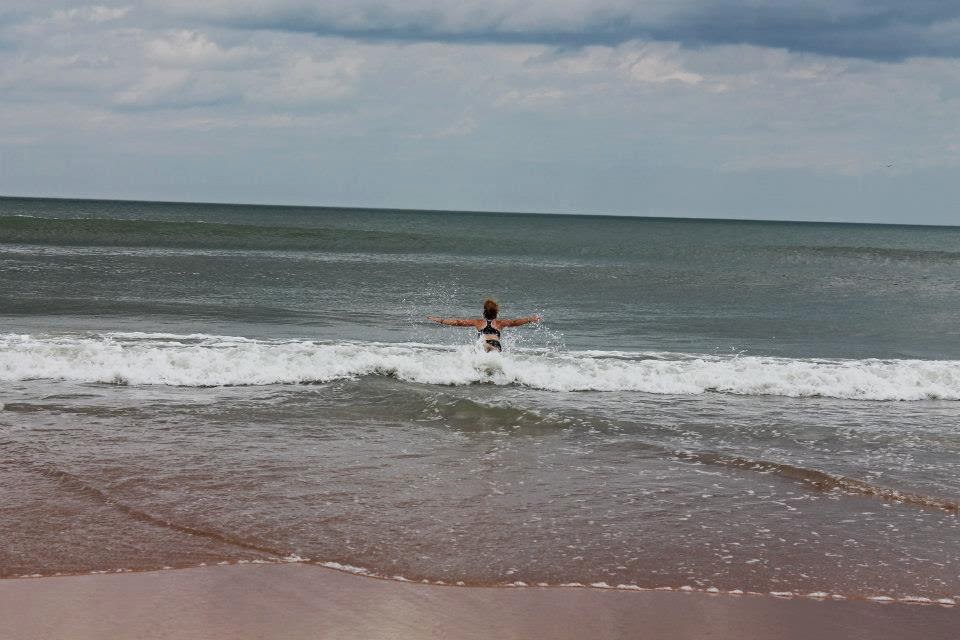 As usual, this race report will be entirely too long and have too many pictures.  Quite unusually, I am writing this a few days post event.  Stuff will be bolded so you can skip the stuff that doesn't interest you.  If I forget to mention your name or thank you, I apologize!  I had an incredible, overwhelming weekend, met new faces and saw some old ones.

Overview:  Route 40 Romp was thought up by Marv Skagerberg who did it quite a while ago.  I want to say in the 80's.  Marv and I did Vol State together last summer.  He's old school ultra.  Sitting and talking with him over the hotel breakfast was enlightening!  Scott Maxwell decided to create an actual event this year that he called the Route 40 Romp from Yankeetown, Florida to Ormond Beach, Florida.  116 miles of road.  To run this race, a crew was a good idea.  I was going to run with a stroller to hold my stuff but ended up with Marilyn as my crew.  For that, I'm grateful.

Marilyn:  Kathleen Wheeler who did the race had Marilyn contact me.  Marilyn offered to crew me.  We had met briefly the year before at Ancient Oaks.  Marilyn was an excellent crew.  What does a crew do?  Crew drives ahead and anticipates all of your needs before you do.  Crew treats you like a baby when you need it and kicks you in the ass when you need that.  Crew feeds you and gives you coffee and reminds you about your meds.  If I'm ever fortunate enough to have a crew at a race again, they have big shoes to fill!  I couldn't have done this race without Marilyn.  She was amazing and selfless.  She was always in a good mood.

Meds and health:    In the past, I've done complicated things with my meds.  A bazillion small ziplock containers with different pill concoctions in them for different times.  This time, Keep It Simple Stupid was my motto.  I took 10 mg of HC and 200 mg of sodium every hour on the hour.  If I couldn't remember if I took it or not, I took more.  I skipped all of my other meds.  In retrospect, I probably should have taken florinef Sunday morning but didn't think of it until now (Wednesday afternoon).  I came into this slightly hyperthyroid.  As a result, I had some difficulty with heat.

0-20 miles:  Casual start at the boat ramp.  I ran quite a bit and entirely too fast but it was nice.  I spent a little time chatting with Stephanie Miller who would eventually win.  Ran well, took meds and drank water.  Slowed down around 15.  Saw some interesting sights.  It's like Duck Dynasty up there.


20-40 miles:  It got hot.  I started overheating.  Enjoyed spending time with my Vol State friends.  They are funny guys and make me laugh.  I was slowing down quickly and losing my appetite.  The heat really got to me and I kept hiding in the bushes to cool down and lay in the shade.  Jeff, Jeffy and Tim flew past me.

Ocala:  Ocala extended for many more miles than I had expected.  It was full of leering men from the eastern to western outskirts of all colors and sizes..  If you ever need to be hit on, go to Ocala and someone will hit on you.  Lucky me, I was told by a teen age boy that, "I would do you".  GROSS.

40-50 miles:  Marilyn and I got concerned.  I couldn't eat and I was really red in the face.  I wasn't drinking much either.  I was getting nervous that I would have to quit and called my husband.  He and Marilyn had ESP.  Paul told me to rest and have Marilyn make me soup and not leave until I could eat.  Marilyn had soup waiting for me at 50 miles.  I changed clothes, rested and ate.  Things started looking up, I felt better.  Finished 50 miles in 12 hours which was a goal of mine.


50-100 miles:  Marilyn fed me soup, coffee and water.  She was sweet and kind and even tempered no matter the hour, no matter her discomfort with being alone in rural Florida.  I was running hot and half naked running down Route 40.  For me, I did a lot of running.  It felt good.  I love zoning out in the night and just going.  Hated wearing the required "Rape Me" vest that told every motorist that a woman was running alone and half naked down the road.  I usually run under the radar, no lights and defensively.  Drunks don't swerve at you nearly as much if they can't see you.  I slept for 10 minutes on a picnic table on the side of the road.  That was all I slept during the race.  I was a little bummed to seem  to only have about 9 songs on 3 different music devices.  Scott Krouse was unexpectedly at the 99 mile aid station.  What a nice surprise!

I hit 100 miles with a one hour PR on my last PR.  That made me smile as, apparently, does jumping up on a statue and taking a picture with stallion balls in the middle of the night (see picture below).


100 to 116 miles:    The wheels started coming off.  Sun came out, I was tired, nauseous, feet starting to ache and I didn't want to do it any more.  I tried to take Jim Sullivan's advice and use the time to think over what a great run it had been and what a wonderful experience it was but that didn't work.  I was having trouble eating but drinking was good.  Marilyn and I cheered every time I announced that I had peed.  At about mile 112, Sueper Star Anger (Sue Anger) offered me someone to walk with AND Marilyn gave me a Slurpee.  I got a cute British boy for four miles and I perked up a lot.

Aftermath:  Monday and Tuesday were tough.  Tuesday night I had a little bit of a breakdown.  Today is Wednesday and I feel ok.  Muscles were achy on Monday but not noticeably so on Tuesday.  My feet ached when I took my sneakers off to go in the ocean but they were perfect, no blistering or bruising.   I have been taking enough HC to make me comfortable but probably not quite enough.

Unlike other long races I've done, I've had no swelling post race, no weight gain and very little appetite.  I would imagine that taking enough HC has made all the difference in the world.