Yes, entirely too many pictures. 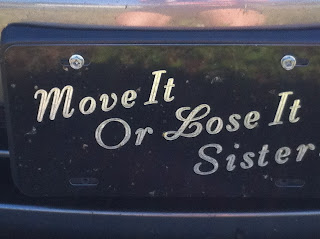 On February 13th of 2010, I decided to walk a mile a day as a measure of gratitude for my ability to walk.

In December of 2009, I discovered I had a stress fracture of my femoral neck.  I was unable to walk, let alone run for six weeks.  This was quite a blow mentally and physically as I had recently finished my first and only 100 mile run.  I was devastated.  In addition to devastation, I was having trouble with my thyroid.  Injury makes me very hypothyroid, I get tired, cry, snore, get sleep apnea and swell up like a balloon.  December, January and part of February were very hard months for me and for my family.

Inspired by Colleen Woods, I started "streaking".  In 2010, it was just walking.  In 2012, inspired by Steve Tursi, I decided to begin running a mile a day.  Although it's been hard to do at times, it's been worth it.

I feel that running or walking each and every day is VERY helpful to overall health and well being.  I know I sound like a broken record.  Try it and let me know!
Posted by Unknown at 2:00 AM 8 comments: