my name is big


A book written by the race director of Barkley, Big Back Yard Ultra, Vol State 500k and the former RD of Strolling Jim 40 mile (among others).

I think runners and nonrunners will like this book.  Big is a lovable pit bull.  I hope to meet him soon and will post pictures of him when I do.  This book is in my amazon cart waiting to meet the $25 minimum for free shipping! 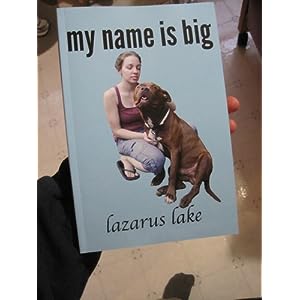 Publication Date: February 24, 2012
The big ugly dog had been abandoned and shot. Nearing the end, he crawled off into the woods to die. That is where I found him. Having been taught as a child that it was wrong to leave animals to suffer, I took him to the house with no other intention than to see that he was humanely put out of his misery. Rather than the end of the big dog's adventures, it was only the beginning. Fate had brought us together, destiny was determined to keep us that way. I kept thinking I had sent him away for the last time, but Big kept finding his way back. Even when his journey took him hundreds of miles away, somehow he always ended up at our little house in the woods. I learned a lot between the day I first saw him, and the day when he was finally accepted as a permanent member of the family. I learned a lot about not judging a book by its cover, about the power of a positive attitude, and I learned that a dog can have a sense of humor. He started out as "that big dog." He became "the Big Dog." There couldn't be a more appropriate name, for a Big Dog, with a Big Personality.

Lazarus Lake did not write this book; he merely recorded the stories that Big shared with him. They live on a farm in Tennessee where they train and organize popular ultramarathons for a world-wide community that Laz has been a part of for over 4 decades and Big first joined a couple of years ago.

Link to the amazon.com page if you'd like to buy this book

Posted by Unknown at 7:41 AM No comments: