One of the first duties of the physician is to educate the masses not to take medicine. 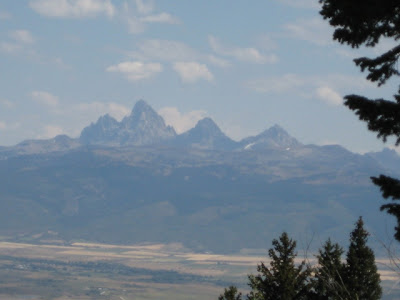 A view of the Tetons from the Big Holes

WARNING: Text might be boring, skip and look at pictures if you don't want to read!

NO MIGRAINES THIS WEEK!!!! I'm attributing this to not taking too much time off of exercising, (I think the drastic drop in exercise may be contributing to migraines after endurance events), increasing my tyrosine intake (a precursor to serotonin, lack of causes migraines) and increasing my Magnesium intake (lack of Mg has been attributed to migraines). I'm also keeping regular sleep hours.

ADDISON'S FATIGUE. Crap, I looked at my pill cases and I put 20 mg of HC in for some stupid reason. I usually take 25 mg, good thing I've increased my HC after the race as needed and caught and fixed my screw up. I'm still pretty tired and have some unattractive circles under my eyes, could be residual fatigue or too much booze. Or both.

EXERCISE. I haven't run in a week. I just haven't felt like it. Got some new kicks though and I'm looking forward to using them. Maybe I won't get blisters from these?! Monday I unexpectedly was able to go for a real horseback ride. It was fun! My legs were sore! Wednesday Joanne and I went for a bike ride up the South Fork of Horseshoe trail, pictures below. The new trail was absolutely incredible!!! It's rideable, no more hike-a-bikes!! I also started lifitng again at my new gym that's only 2 miles from my house. I was very sore from lifting gently. I kept saying I was going to run Hurricane Pass this weekend but I don't feel like it. Maybe I'll skip the Horseshoe Challenge 20K next weekend and do HP instead. Maybe I won't do anything.

IN GENERAL. Zane's spending a lot of time at home, supervised by parents because of some recent misbehavior and he quit Cross Country Running team. I have not yet caught up on emails. I've got 80 in my inbox. I finally got caught up with bills yesterday. It took 6 hours! I'm hoping to pull myself together enough to get my personal training certification, ya know, cause I don't have enough to do.

FUTURE GOALS. I'm going to start thinking about my 2009 schedule and goals. In the mean time, I'm looking for a relatively close Fall race. Reid suggested I come down for the 24 hours of Boulder but I know I can't run through the night. Maybe I could set my own mileage goals and then go from there and sleep at night?

Any Fall race suggestions that are 50 miles-ish (running or mountain biking) and relatively close to South Eastern Idaho? If so, email me: contact@addisonssupport.com 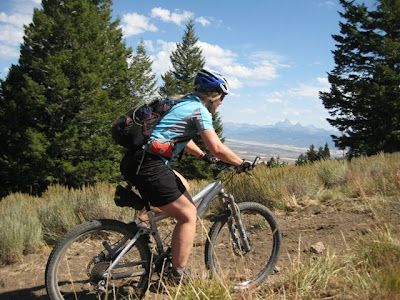 Joanne with the Tetons in the background 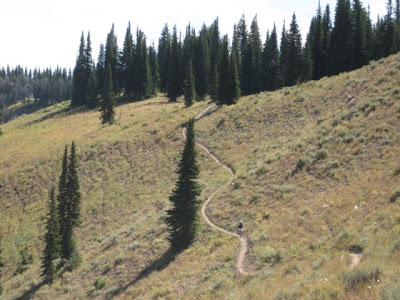 Joanne on her way up to Elk Flats 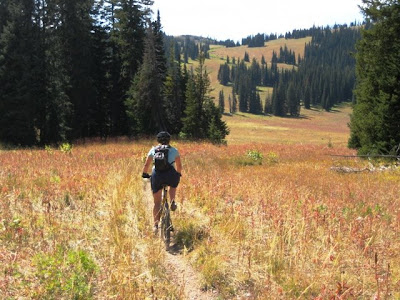 Me in Elk Flats